The Lempa River Hydroelectric Executive Commission is an autonomous entity, created in 1945 by Legislative Decree, with powers to harness and develop the electrical potential of El Salvador’s natural resources, as well as other projects and actions associated with such activities.

The delegates visited the uSky passenger station and took a test ride in a safe and certified tropical uCar.

The guests were also invited to familiarize themselves with the control room software and hardware complex with supervisory control and data acquisition system and even had the opportunity to start the rolling stock on the track, thus became personally certain that control system is easy to operate use and resilient. 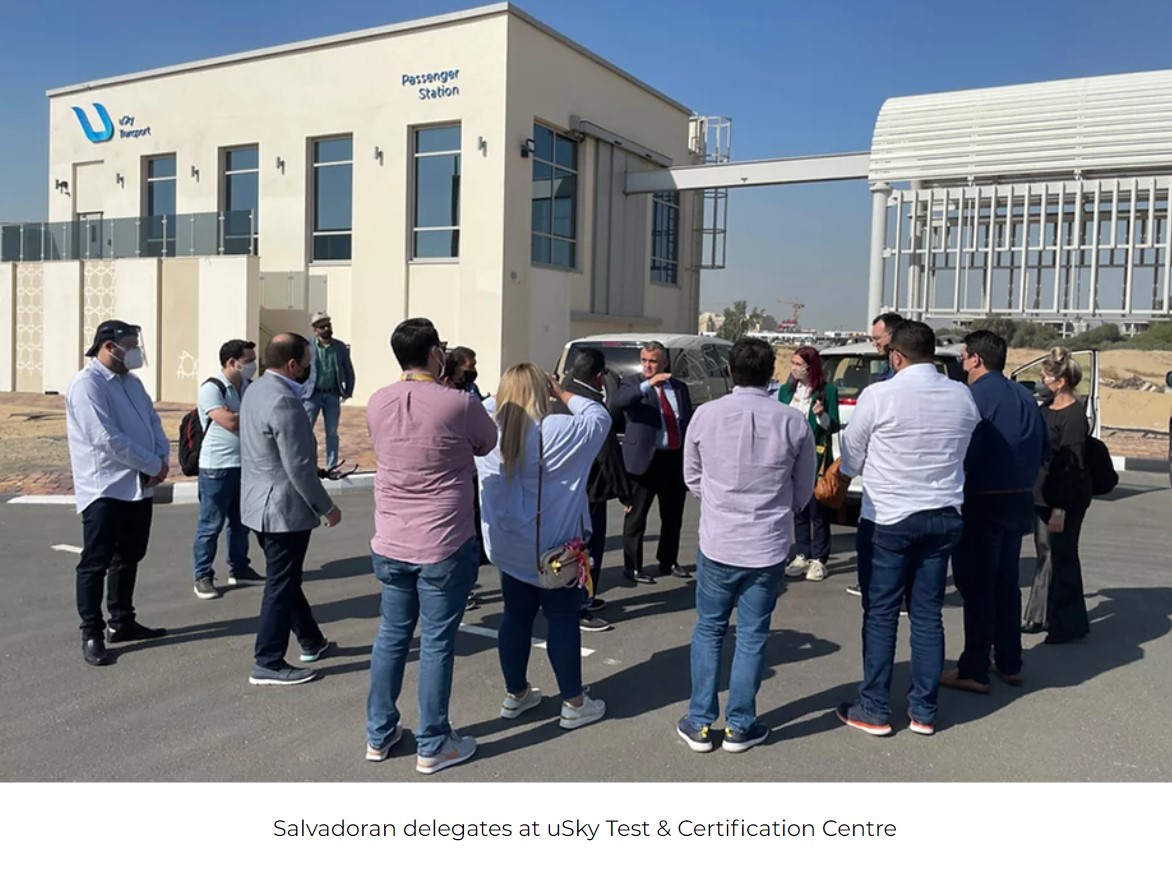 A 6-seat high-speed electric vehicle uFlash was of particular interest to the visitors especially for its paramount travel speed of 500 km/h. uFlash is designed for intercity and international commuting on uSky overpass with uSky rail serving as its core.

Apart from passenger transport complexes, the guests were presented with capabilities of uCont, an autonomous self-propelled electric cargo vehicle designed for the movement of 20′ (TEU, Twenty-Foot Equivalent Units) and 40′ (FEU, Forty-Foot Equivalent Units) cargo containers at speeds up to 100 km/h. uCont is an unmanned vehicle controlled automatically and driverless. uCont can be applied in logistics hubs, sea and inland ports, mining sites in various climatic conditions.

But the main purpose of the meeting was to present uSky Transport, demonstrating the possibility of implementing transport solutions in El Salvador. The presentation covered such proposals as:

That said, in the long run, a larger-scale implementation of transport lines is feasible not within the country only, but even throughout the entire mainland:

A new uPod Carat was revealed at the presentation featuring a passenger capacity of 16 pax, an intelligent security system, and an integrated multimedia system.

The delegates from El Salvador remained impressed after the meeting. They expressed a strong desire on working to build a business relationship with uSky Transport, and Mr. Daniel Alejandro Álvarez Campos left his feedback in the guestbook.
[09.02.2022]