uSky Test & Certification Centre has been visited by a major Vietnamese delegation comprising businesspeople representing the areas of real estate and innovations in residential development, tourism and healthy food and those involved in the promotion of ecological products on the world market.

The tour coincided with the conference, which was notable for the attendance by Dr. Anatoli Unitsky, General Designer of uSky Technology and Founder of Unitsky String Technologies Inc., who made a presentation called “Optimizing future terrestrial and geospace mobility”.

The visitors were introduced to uSky Transport office, an eco-friendly and sustainable green uHouse, the only one throughout the United Arab Emirates completely built of wood. That said, uHouse meets all fire safety standards, and the eco-architecture of the office follows world trends and standards.

Green uHouse is every inch an oasis in the middle of the desert delighting its visitors. So, the guests from Vietnam took pictures of their presence in the blooming garden of the innovative uSky Transport office.

At uSky Transport office, the delegates had the opportunity to see the operating model of a linear city, the concept of which made an indelible impression on the attendees. The guests studied the presented model with five operating uSky tracks with genuine interest and overwhelmed uSky Transport representatives with numerous questions. 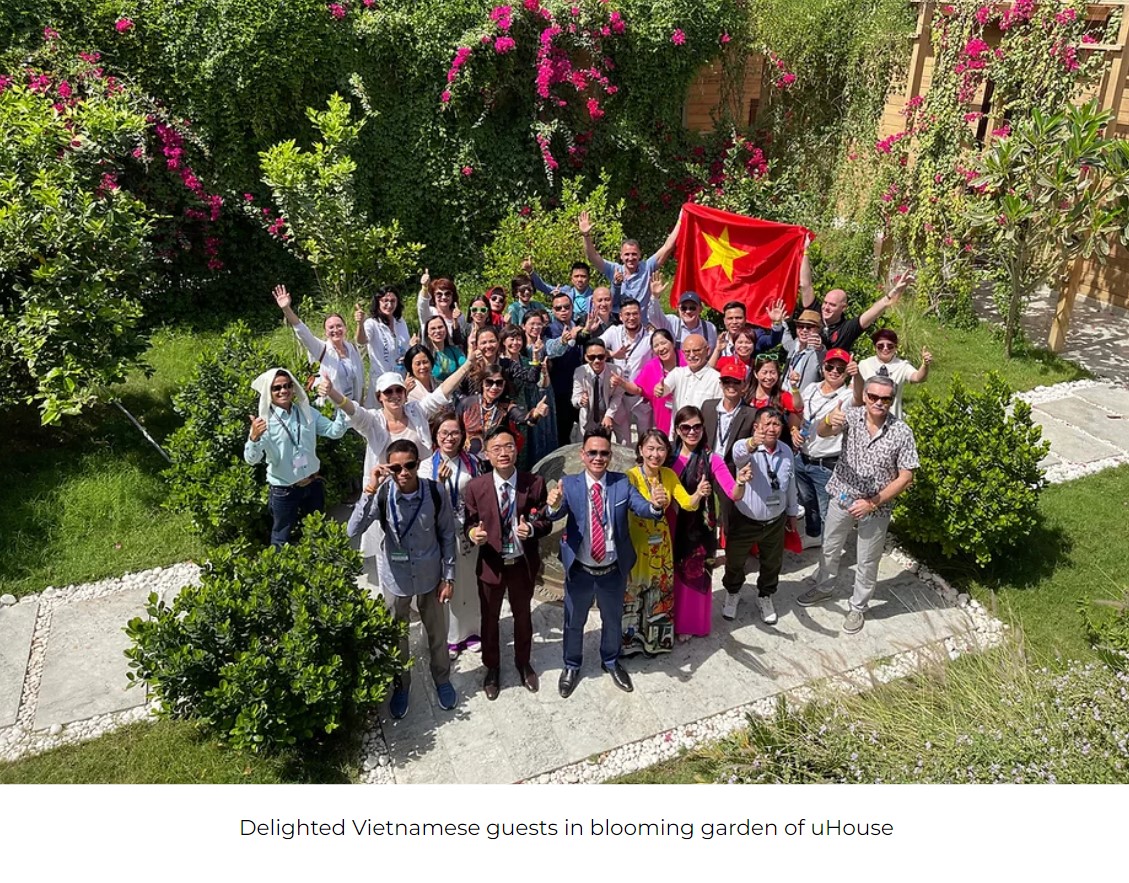 The key point of the meeting was Dr. Anatoli Unitsky’s presentation with the report “Optimizing future terrestrial and geospace mobility”. The platform for the performance of the General Designer of uSky Technology was the demonstration pavilion presenting the flagship of the company – a high-speed uFlash with an integrated multimedia system and a capacity of 6 paх capable of travelling on uSky overpasses at 500 km/h and featuring aerodynamic characteristics surpassing those of such a supercar like Bugatti Veyron.

The guests learned about the efficiency, environmental friendliness and safety of high-speed electric vehicle uFlash with steel wheels and were actively absorbing the information given by Dr. Anatoli Unitsky.

The speech by Dr. Anatoli Unitsky evoked the strongest emotional response from the audience and concluded with a group photo in front of high-speed uFlash.

Dr. Anatoli Unitsky not only presented his report, but also personally gave a tour of uSky Test & Certification Centre to the distinguished guests.

The delegates were prompted to actively discuss the possibility of using uSky Technology to connect the largest cities of Vietnam – Hanoi and Ho Chi Minh City. The Vietnamese market has a great transport and infrastructure potential, and the use of uSky Technology may in the future contribute to the improvement of the transport situation in this region, thereby producing a positive multiplier effect on the country’s economy. In turn, Dr. Anatoli Unitsky confirmed the readiness of uSky Transport to start implementing commercial projects in Vietnam, guaranteeing the construction of high-quality transport complexes.