The guests attended the control room with a software and hardware complex, thus becoming personally certain how resilient the novel mode of transport is, which is designed for urban and intercity commuting and adapted to work in a hot climate. High standards of design and construction are key components to ensure the safety of the transport system.

Armed with comprehensive information about the possibilities of the transport system and the evacuation system features, the guests were enthusiastic to take a ride in a certified tropical uCar.

At the service station, the delegates were shown the suspended container carrier uCont in motion.

uSky cargo complexes can transport cargo up to 100 million tons per year and have several advantages over the conventional cargo transportation industry:

At the demo pavilion, the delegates witnessed a high-speed uFlash with an integrated multimedia system and a capacity of 6 paх capable of travelling on uSky overpasses at 500 km/h and featuring aerodynamic characteristics surpassing those of such a supercar like Bugatti Veyron. It is being showcased at uSky Test & Certification Centre in Sharjah, UAE nowadays as part of the EXPO 2020 exhibition. 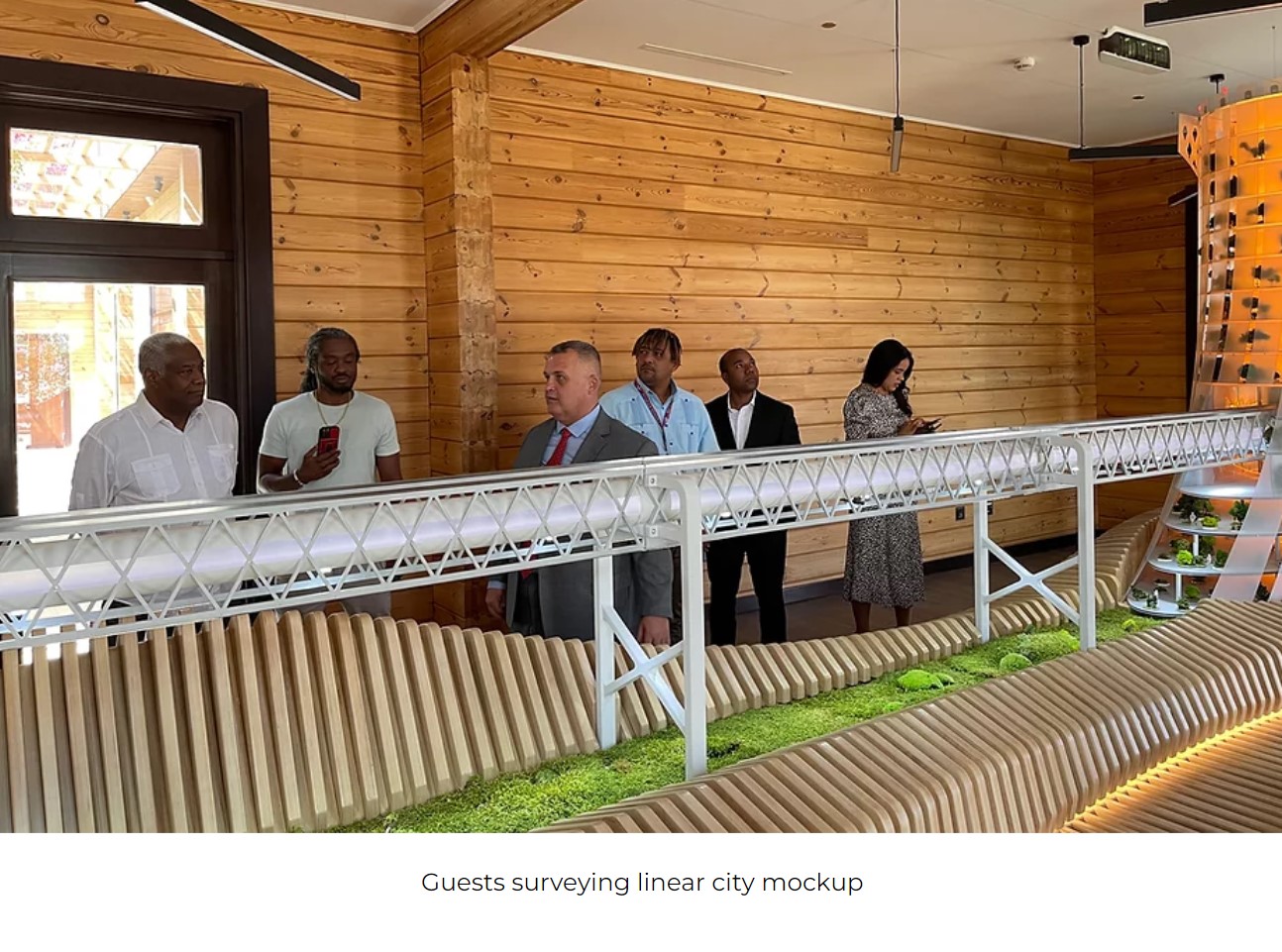 Visitors were also shown the linear city model, delivered a presentation of uSky Transport & Infrastructure Technology demonstrating the high potential of overpass transportation, and discussed the potential applications of new uSky passenger transport solutions in both the Dominican Republic and the Republic of Haiti.

uSky passenger complexes with up to 50 thousand pax/hour ridership became the object of special interest of the delegates. uSky technology is seen as an environmentally friendly and more cost-effective alternative to the construction of the subway, and the transport connection between the main territory of the island of Haiti and the small islands of the Dominican Republic can be carried out using linear city technology, which allows connecting settlements located at a distance of up to 3 km without single support, and also does not interfere with navigation and does not harm the nature of the coast, carefully integrating into the landscape of the area.

According to the guests from the island of Haiti, with the emersion of new uSky transport technologies in their region, the Dominican Republic has the potential to become a new Dubai in Latin America and take a leading position in a tourist attraction.

The delegates were impressed by the tour of uSky Test & Certification Centre, thanked the representatives of uSky Transport for the warm welcome, and left their positive feedback in the guestbook.

Concluding the meeting, uSky Transport representatives presented the guests with the autobiography of Dr. Anatoli Unitsky „The Engineer“, in which the designer openly narrates the story of the development of the original concept of uSky transport, tells about the goals that he was guided by and the difficulties he had to face.
[18.03.2022]